Home of the First Museum Devoted to Arab Americans

Just ten years after the start of the Revolutionary War, the first permanent European settlers began settling in the dense forestland five miles west of Detroit. Pierre Dumais built a home in what would become Dearborn in 1786 near what today is Morningside Street. After the Erie Canal was completed in 1825, settlers began arriving in large numbers. The village of Dearborn was established in 1836 and named after General Henry Dearborn, Secretary of War under Thomas Jefferson.

Dearborn's early history is tied to the Detroit Arsenal, which was built between 1833 and 1839. The heart of old Dearborn was along the old Chicago Road near the arsenal, between the Rouge River and the railroad track. 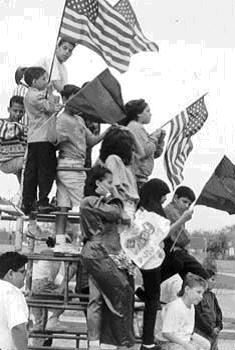 As more settlers came, the oak and maple trees were cut down and the swamps drained to create farmland. This created a secondary industry in Dearborn as the felled trees were turned into cordwood for the wood-burning locomotives. Primarily a farming community prior to World War II, Dearborn is the birthplace of automotive titan Henry Ford.

More than 1300 acres of that farmland was purchased by Ford, who began building his Fair Lane estate there in 1914. Later developments on the property include the Ford Motor Company world headquarters, the Ford Airport (later converted to the Dearborn Proving Grounds) and the Henry Ford, America's largest indoor-outdoor museum complex and Detroit's leading tourist attraction.

Today Dearborn is home to the country's second largest population of Arab Americans. The community celebrated the opening of the Arab American National Museum in 2005.

The Automotive Hall of Fame, just northwest of the Henry Ford Museum, is designed to be a visitor attraction and educational resource. It is the only international hall of fame for the motor vehicle industry. Interactive exhibits and one-on-one demonstrations spotlight achievements of inductees including Henry Ford, Louis Chevrolet, Walter P. Chrysler, Yutaka Katayama and the Opel Brothers, to name a few.

The Henry Ford Museum was founded in 1929 as a home for America's heritage of ingenuity, innovation and enterprise. Located on 93 acres, the museum explores the sweeping changes that transformed America over 300 years from a rural, agrarian society into an urban, industrial nation. Among the better known exhibits are Henry Ford's birthplace, Thomas Edison's Menlo Park laboratory, the Wright Brothers' home and cycle shop, and the chair Abraham Lincoln was sitting in when he was assassinated.

The Arab American National Museum is the first museum in the world devoted to Arab-American history and culture. Unique among the 15,000 museums in the US, it's the only one to interpret and celebrate the heritage and contributions of the Arab American community to the US. The collection includes art, three-dimensional artifacts, documents, personal papers and photographs that illustrate the Arab American experience.

The Dearborn Historical Museum is housed in what remains of the Detroit Arsenal, and two of its three buildings are among the oldest in the state. The Commandant's Quarters on the northeast corner of Michigan and Monroe was built in 1833. The lower level of the McFadden-Ross House, at 915 Brady, was originally the powder magazine of the arsenal and was built in 1839.

Bringing Together Voices And Faces Of Arab Americans