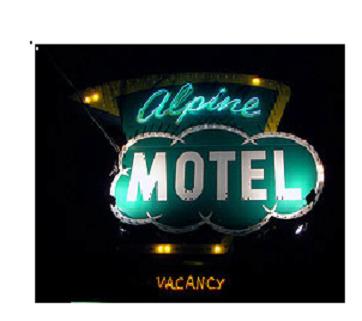 First settled in 1825, the City of Inkster was named after Robert Inkster, who operated a steam sawmill in the center of town during the early 1860s.  The name "Inkster" is said to come from a Norse name, "Ingasetter", which is a person's name plus the terms for summer pasture. The city was originally part of Bucklin Township, which was created in 1827.  A post office named "Moulin Rouge" was established there in 1856.

Inkster was a stop on the Underground Railroad as escaping slaves made their way to freedom in Canada.  Reportedly, a Wesleyan Methodist Church at Michigan Avenue and Henry Ruff Roads ran one such stop.

The appearance of the automobile in the early twentieth century revolutionized the roadway system.  By 1930 a car existed for every five Americans. Located only 17 miles to the west of Detroit, the world's automotive capital, Inkster was reported to always have a tremendous traffic problem along US 12. In addition to demanding better roads, the public also began to expect accommodations that served them and their car.  The motor court motel was created, and Inkster housed several motor court motels along US 12.  Several still stand today, along with the original neon signs from the 1950s.

An interesting side note: Inkster is the birthplace of Geraldine Doyle, the woman whose image was the model for the iconic Rose the Riveter poster, as well as the original members of the 1960s blockbuster girl group, The Marvelettes.