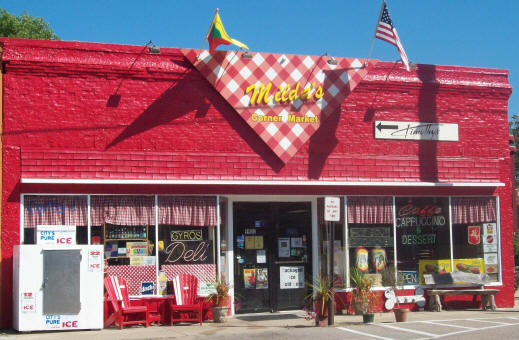 Milda Johansonas is second generation Lithuanian but the foods of her grandparents' native country continue to be important to her as does her Lithuanian heritage. Originally from Chicago,  Johansonas worked in restaurants in the southwestern Michigan during summer breaks from college.  She opened the market almost six years ago and though many of the items on the deli menu are American, she has found the community very receptive to the Lithuanian and other East European products he regularly carries.

"Around here you have a lot of people interested in different cultures and different foods and they're willing to try things," says  Johansonas who often makes and sells kugelis, a baked potato and bacon casserole with eggs and milk topped with sour cream and crumbled bacon.

Besides the regular deli offerings, there are such items as Polish and Lithuanian cheeses, sprats (which Johansonas describes as being like herring but only one hundred percent better) from Riga, Latvia, marinated peppers and pickled garlic from Bulgaria and herring and ice cream from Lithuania.