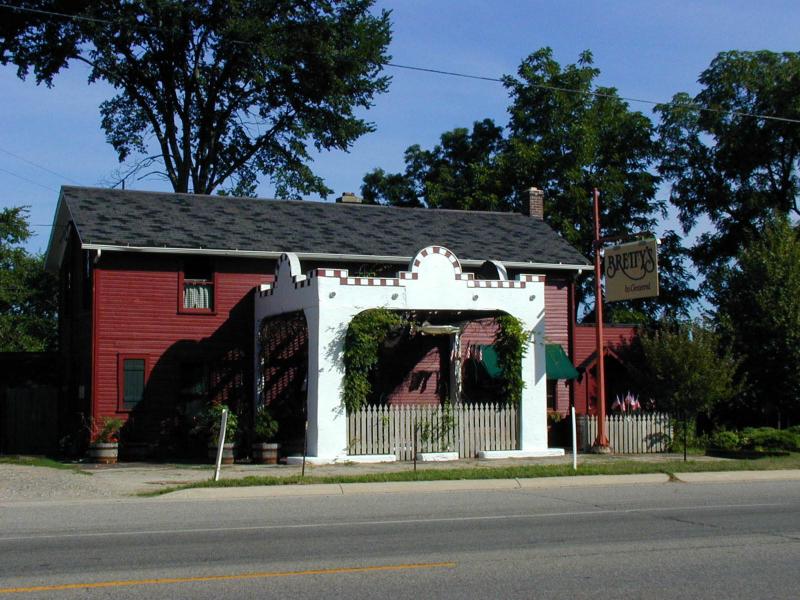 The lovely stone building which houses "Bretty's" a combination gift shop, furniture store and much more, began life as a typical late nineteenth century rural school. Built of stone, a craft that was brought to Michigan by masons who had done stonework on the Erie Canal.

The building exhibits Italianate windows and trim. Next-door is an excellent example of adaptive reuse. The annex, which sells gourmet foods, herbs and garden accessories has the bizarre effect of an early 20th century gas station canopy attached to a 19th century building.

The building originally used as a general store and as a home for over a century had the gas station attached as another way to earn a dollar from the locals and the constant traffic along the highway in the 1920's. Today the gift shop continues the tradition of reusing this quaint building.