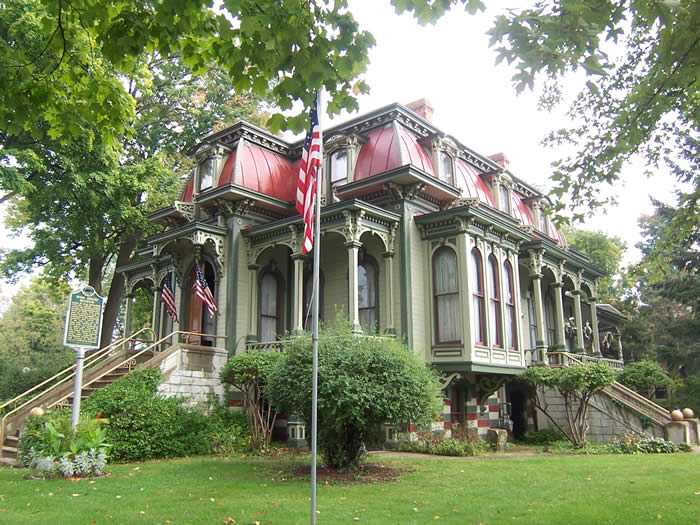 Built in 1875 by Jay Chandler to impress his new bride, Frances, this Second Empire home features a convex tin Mansard roof with elaborate cornices, colors and rosettes. The home was similar to the house owned by Frances' parents in New York. Alas, that wasn't enough to keep the marriage going. She returned to New York with their two children, he took to drink, dying at age 32, two years after he sold the home to Lucius Wing in 1882. It remained in the Wing family until 1974 when it was purchased by the Branch County Historical Society.