A Place of Honor 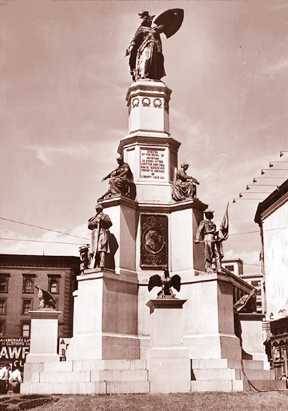 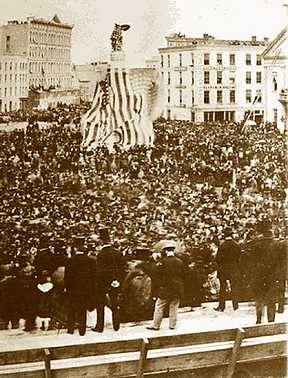 More than a century ago, this monument was erected to honor the state's sailors and soldiers who lost their lives in the battles of the Civil War. Located at the heart of Detroit's five main thoroughfares, this commemorative sculpture consists of eagles with raised wings at the base which seem to point towards four male figures representing the Navy, Calvary, Infantry and Artillery divisions of the U.S. Army. Above the males, four female figures, on pedestals, depict Victory, Emancipation, History and Union. At the top, the Indian warrior figure "Michigan" holds a sword in one hand and a shield in the other.  Attending the dedication were Generals George Armstrong Custer, Philip H. Sheridan and Ambrose E. Burnside.