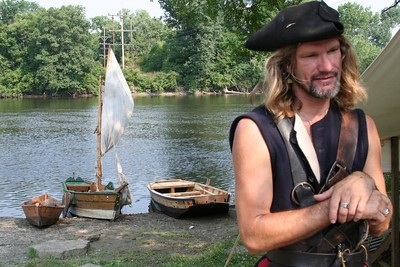 The fort was a small military outpost.  The strategic importance of Fort Saint Joseph was upholding French dominance of the fur trade in that region.  At one point, the fort ranked fourth among New France's posts in terms of the volume of furs traded.  Fort St. Joseph was maintained by the French until it was handed over to the British after the Seven Years' War.  The Spanish flag was raised over it for one day in 1781, the furthest north the Spanish flag was ever flown in the United States, and finally the United States claimed the fort in 1783.  Niles celebrates this history by calling itself the City of Four Flags.

Western Michigan University archaeologists plumb the depths of Southwest Michigan's history every summer to uncover artifacts that contribute exciting information to our knowledge of French colonial history and the Native peoples of Michigan.

The Fort St. Joseph Archaeological Project has netted more than 100,000 artifacts and animal bones associated with the French and English occupations of the fort that once was located along the St. Joseph River. Its strategic location near the St. Joseph-Kankakee river portage allowed the French (1691-1761) and later the British (1761-81) to control southern Lake Michigan.